We all know how game ending can actually spoil the whole game process. You try to reach your goal and you are almost there… and no, no cinematic scenes, no explosions, just meh. If you played Super Mario Bros. you may have that feeling too. Mario goes castle after castle, fights to find his Peach. And they are together, done. Mushroom Kingdom lives happily ever after.

Modern games show totally new example of game endings. Now you wait for the final battle with anxiety. Well-developed characters find their way to the very last moment of the game. Of course we cannot ignore lousy endings like in Mass Effect 3, but as we know everything can’t be perfect. High expectations they say. It will be fun they say.
Let’s see our list of the best examples of fantastic game endings. Be ready for some spoilers. 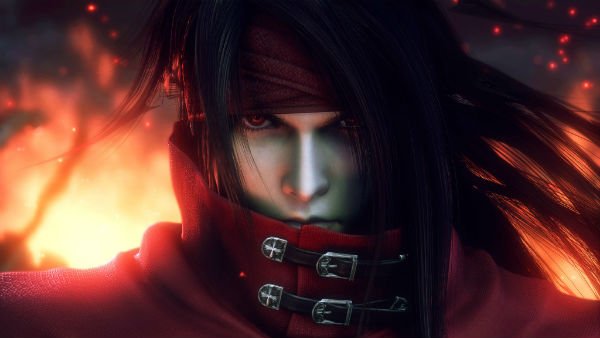 Journey is like a revelation in video games, it’s inspirational, calm and simply beautiful. Hardcore gamers can consider this as a break from their regular game list.

The story is very simple: trying to reach the top of the growing mountain. One small detail like freezing to death can stop you. But of course everything else – no stress!

The final battle is so astonishing that will leave you speechless,  music score will surprise you. As the journeyman walks in the immersing light, your journey ends. This powerful moment leaves you feeling of warmth and hope. 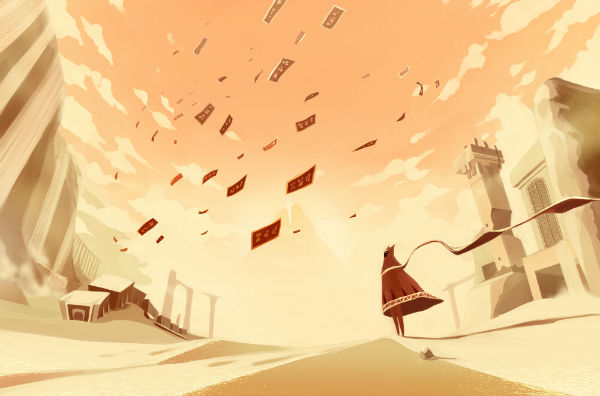 Part 2 brings not only awesome game ending but also original puzzle solutions. We find out that Wheatley is evil (surprise, surprise!) and GLaDOS is good. Tragic backstory, so many feels. Final battle will surprise us with the Moon. Yes, you heard that right – the Moon. Space twist is a nice gig. GLaDOS has changed and Chell finally leaves the facility. The end. 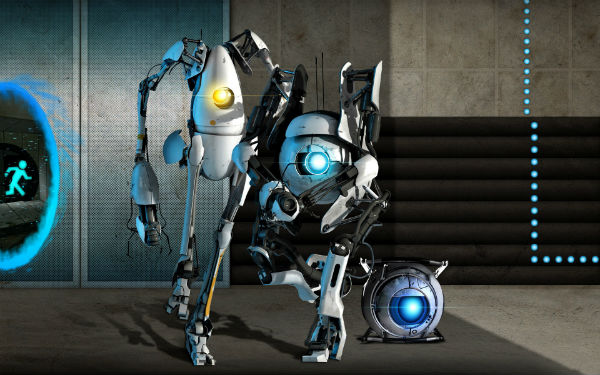 5.The Legend of Zelda: The Wind Waker

Zelda’s story is good oldschool must-have for gamers. The Zelda franchise has always predominantly focused on it’s amazing gameplay and fiendish puzzles, as opposed to the plot lines. This all changes in the exciting conclusion to The Wind Waker in which Link returns to the sunken kingdom for final confrontation with the King of Evil, Ganandorf, for a classic save the world and rescue the Princess ending.

Before the Battle, Daphnes, the King of Hyrule, touches the Triforce and makes a wish that he, Hydrule, and Ganondorf to be consumed by the sea so that Link and Zelda can inherit a new world – Link proceeds to make his escape by plunging the Master Sword straight into Ganon’s face. A grandiose and bittersweet death for Hyrule and it’s king as the sea envelopes them. 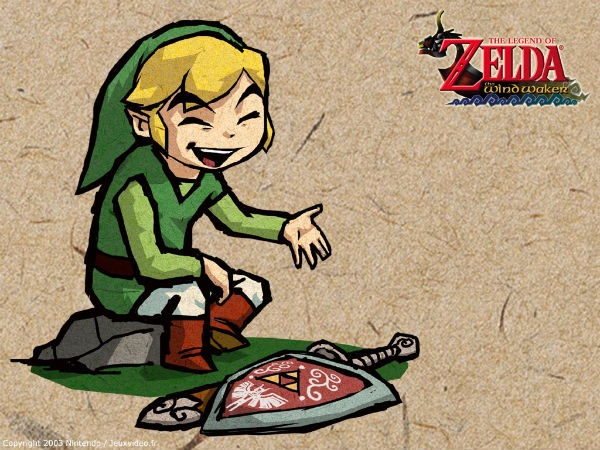 A unique, humorous and beautiful game that has a deep and meaningful relationship between Tidus and Yuna entwined within. Gamers will play through Final Fantasy X purely to see if their relationship will work. In a shocking twist at the end it turns out the Titas is not real; merely the dream of the Fayth to recreate the world that destroyed by Sin.

When Yuna and her guardians destroy Sin, the dream disappears which leads to one of the most heart-wrenching scenes ever in gaming. Yuna runs to Tidas as he begins to fade away, she passes through him and falls to her knees in despair and cries. So will you. 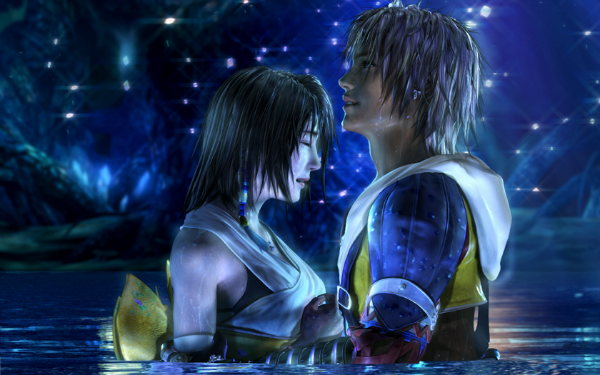 This fantastic story takes place in the 1960s, as you play Naked Snake (who later becomes Big Boss) the genetic father of Solid, Liquid, and Solidus Snake. Snake must track down and kill The Boss, his former mentor, a supposed traitor to the U.S., and one of the greatest female characters ever written for a game.

Snake knows that if he lets the Boss live, the Soviets will declare war on the United States, this leads to the climatic final battle taking place in a field filled with white flowers. The deed is done, it is only then that Snake learns that The Boss never betrayed her country, and she allowed herself to be killed as a stunning act of patriotism. This ending will stay with you forever. 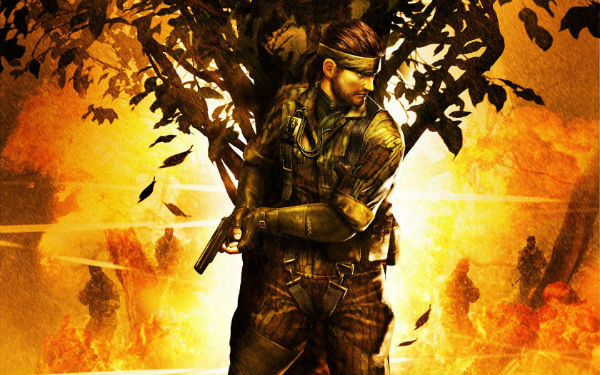 The effectiveness of the ending of this game comes in the form of how it makes you constantly fear for the lives of your crew. Every decision you have made up to this point, or failed to make, come back to haunt you as certain members of your crew are dramatically eliminated in the final mission. Based upon your decisions the Collector’s base is either blown to pieces, or kept safe.

Shepard can strike a deal with the Illusive man, or tell him to go to Hell. Whatever happens it will end with the breath taking shot of the Reapers emerging and descending upon the galaxy. 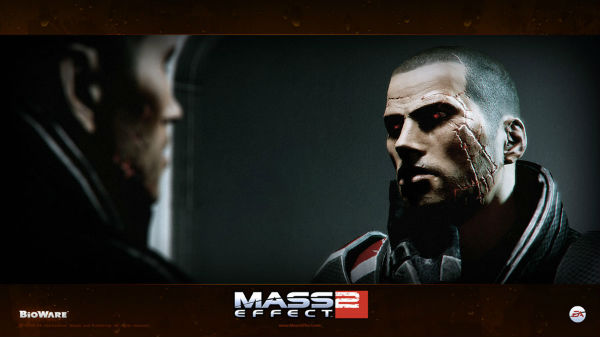 Well we all thought we could predict the ending to this masterpiece – but we were so wrong! Rather than let Ellie by killed by the Fireflies so they can develop a cure against the zombie outbreak, Joel murders the doctors and fees with the girl, killing all in their path.

After this climatic scene it is revealed that Ellie was more than willing to yield her life for the greater good. Joel lies to her and says that the Fireflies had given up on finding the cure, and when she asks if he’s lying he swears that he is telling the truth. Ellie is conflicted and terrified, she shakenly utters one word “okay” – and the credits roll.  Humanity is doomed. 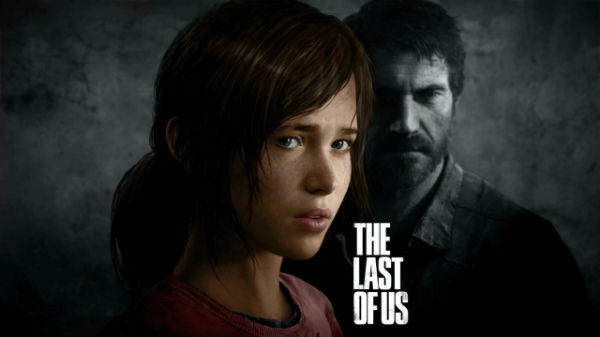