The conversation was all fashion (and maybe a little bit about boys and dating!) at H&M’s Conscious Exclusive Collection Dinner on Wednesday night. Emmy Rossum, Camilla Belle, Sophia Bush, Kate Mara, Amber Valletta, and others came out to toast the new eco-collection, which Danica previewed yesterday. It was such an intimate evening that I got a chance to really chat with these ladies to find out what their thought process is when dealing with the paparazzi. Read on for their refreshing take. 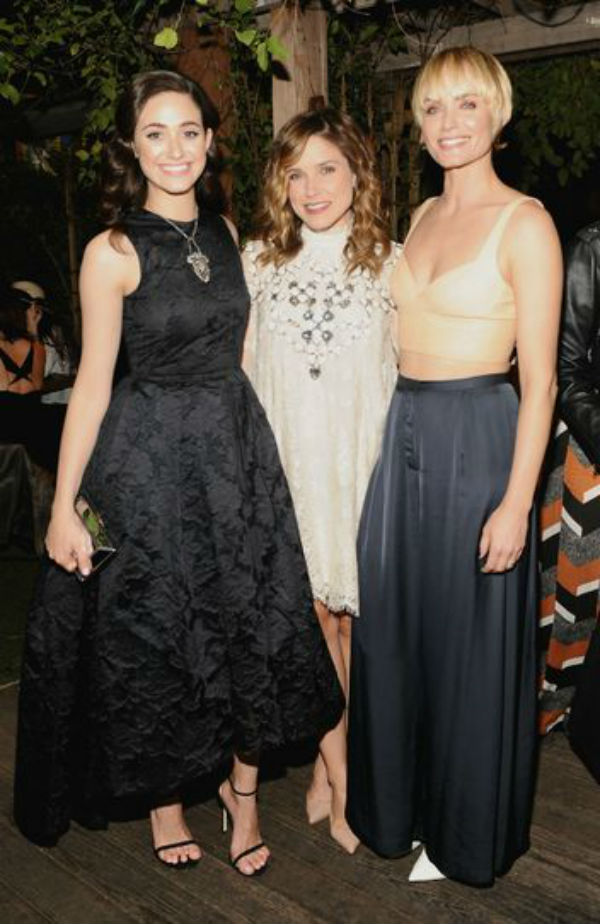 Emmy Rossum: “I don’t put on a full face of makeup when I leave the house, but I do look in the mirror at all angles. [Laughs] There are certain pairs of jeans that are really, really comfortable, but they’re not that flattering, so I’ll only wear those to the Valley. The chance of me running into paparazzi in the Valley is much less of a possibility. But if I have to go somewhere in Beverly Hills, I’ll put in a bit more effort. But I never put on makeup. Sometimes I’ll put on a lipstick, but I never put on foundation. I just put on glasses and that’s it. And if my hair isn’t clean, I’ll just stick it in a bun. When in doubt, just wear a dress, because then you look good no matter what.”

Camilla Belle: “I usually don’t leave the house in really awful-looking sweats. I’ve just never been that way. My grandmother would never leave the house without lipstick on! Obviously she wasn’t getting photographed, but that was her thing. I kind of took that with me. So I’ll go out in my sweats, but it’ll be my cute sweats. That’s just kind of who I am anyway though.” 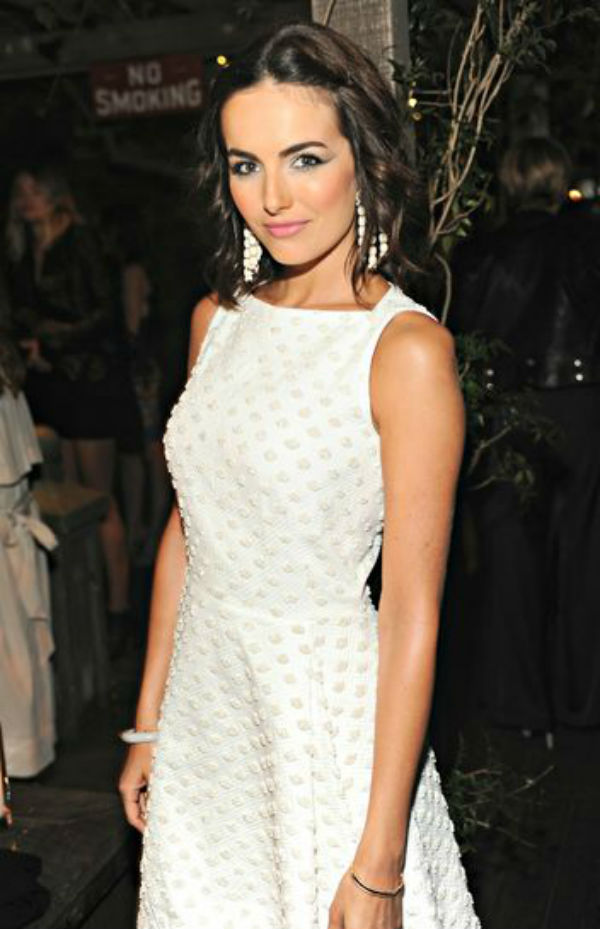 Meanwhile, Sophia Bush was celebrating the earlier news that her freshman drama, Chicago P.D., just got picked up for a second season. “I’m so thrilled! We’ll start shooting again in July, so at least it will be a bit warmer in Chicago by then!”

Another thing she’s thrilled about? H&M’s decision to become more eco-friendly. “Fashion is the second largest polluter industry in the world and people don’t talk about it,” she told me. “As a lover of fashion, I don’t want to give up what I love, but I also don’t want to make the world a dirtier place. For a brand that is affordable, chic, and cool to be taking a stand and producing things that we can feel good about buying and wearing is really exciting.”

Camilla Belle recalled her first time ever stepping foot into the trendy mega-store. “I was 12 years old, shooting a movie in Berlin, and I just remember never before having raided a store like that!” 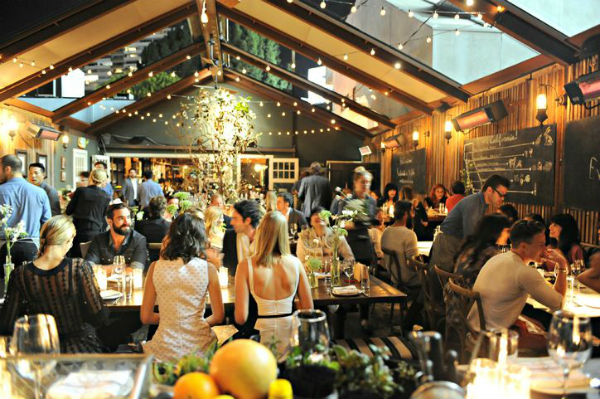 The scene at Eveleigh during H&M’s dinner party. Such a lovely evening that featured all locally sourced and eco-conscious food!

Emmy Rossum brought one of her best friends, Carbon 38 cofounder Katie Johnson, as her date, and the two had a small group of journalists in stitches the entire evening. Katie (who used to be Emmy’s trainer) said that her best friend actually styles herself and “is amazing at taking pieces that are at the back of her closet that doesn’t know if it’s going to the donation bin and making it work.”

For that evening, Emmy was all about showcasing one of H&M’s newest styles, a H&M floral conscious exclusive gown. “I looked at the collection, and this is the only one that I really wanted to wear because it’s a ball gown. I’m never that girl that wants to wear jeans. I always want to wear a tiara and ball gown!”