This Vampire Diaries star has a large variety of gorgeous looks. 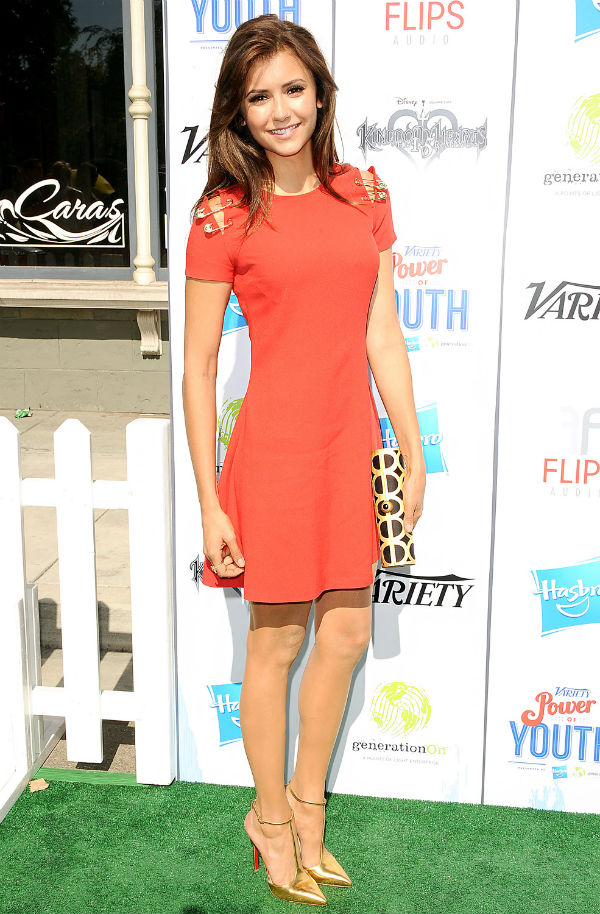 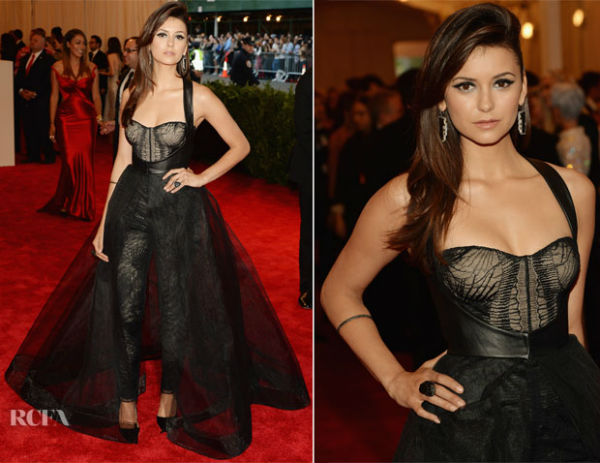 This elegant dress made her the star of the night. “The plunging back is my favorite part, and I actually feel really comfortable in it,” Dobrev said about Naeem Kahn dress she wore to Elton John’s annual Oscar viewing party to benefit his AIDS Foundation. 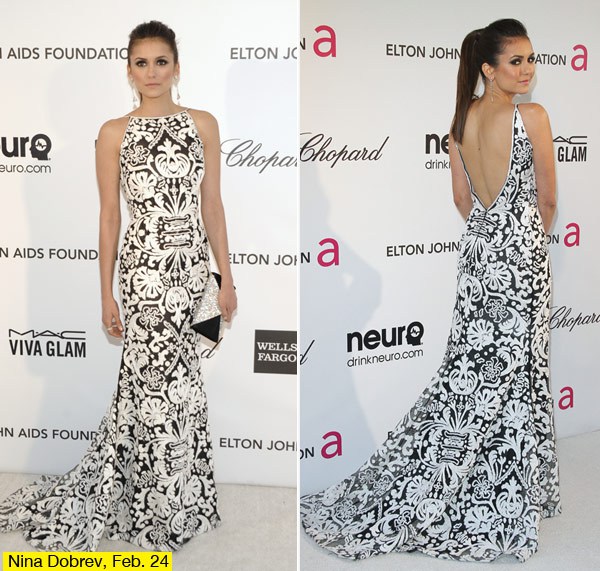 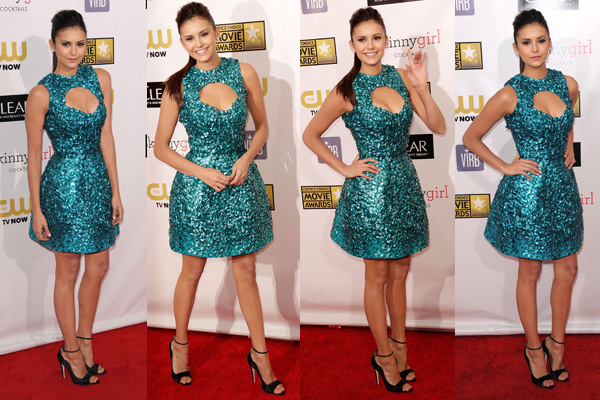 Dobrev sizzled in a Reem Acra dress and Anita Ko jewels at the Perks of Being a Wallflower premiere in L.A. Simply fabulous  woman in red. 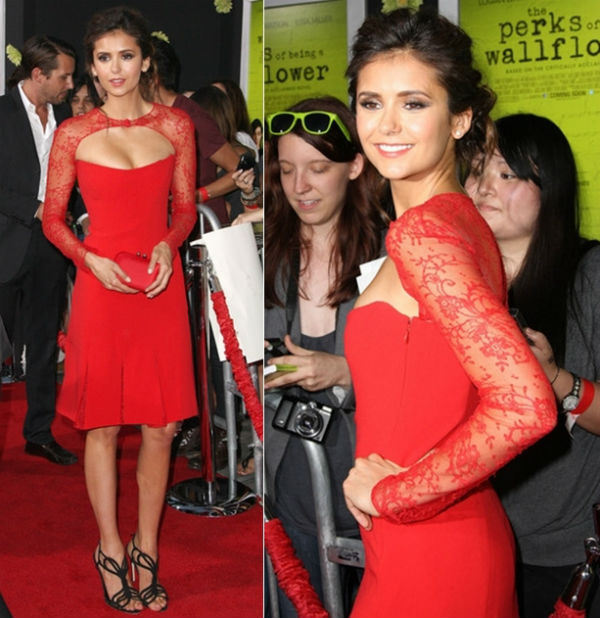 Another flowery black and white dress from Monique Lhuillier. Can you resist this beauty? 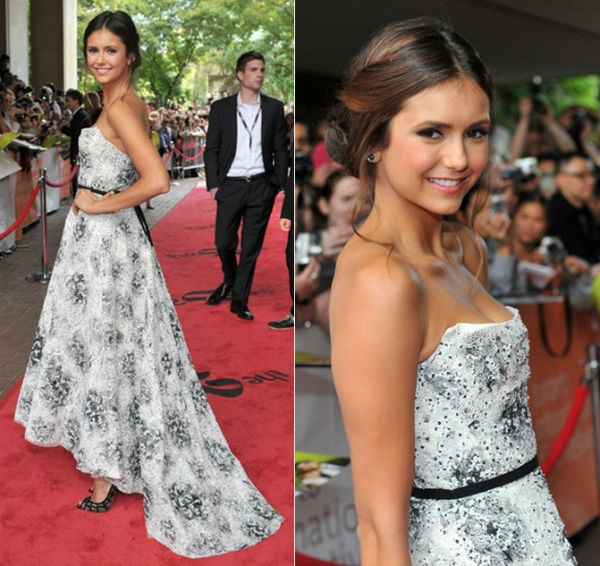 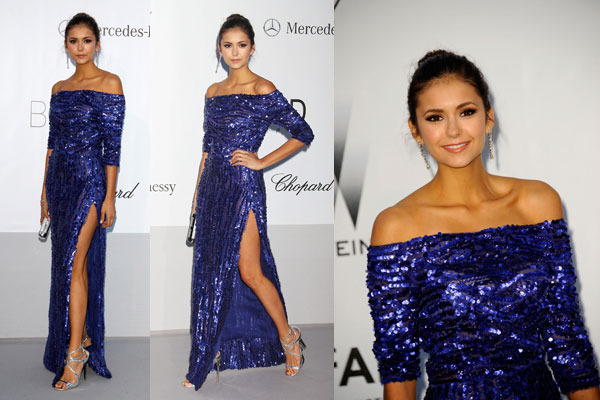 The starlet impressed the audience with amazing dress at the Metropolitan Costume Institute Gala in New York City. 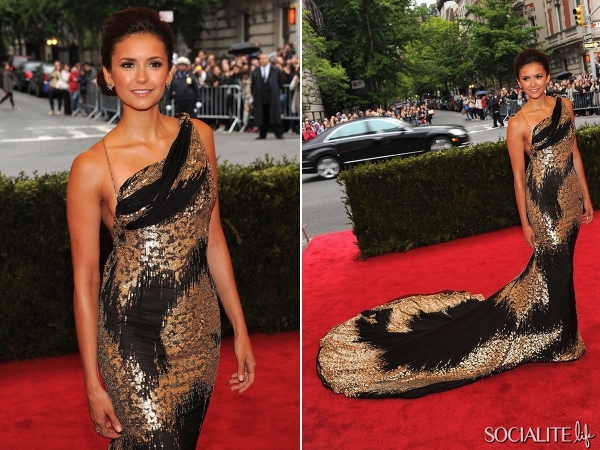 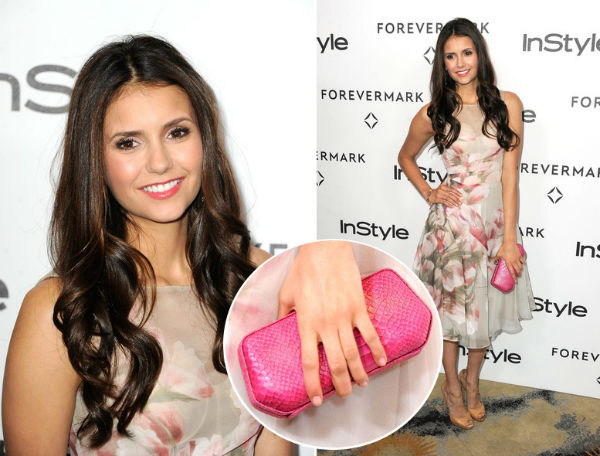 This brunette in scarlet hugging dress just made jaws drop at the 63rd Annual Primetime Emmy Awards in L.A. 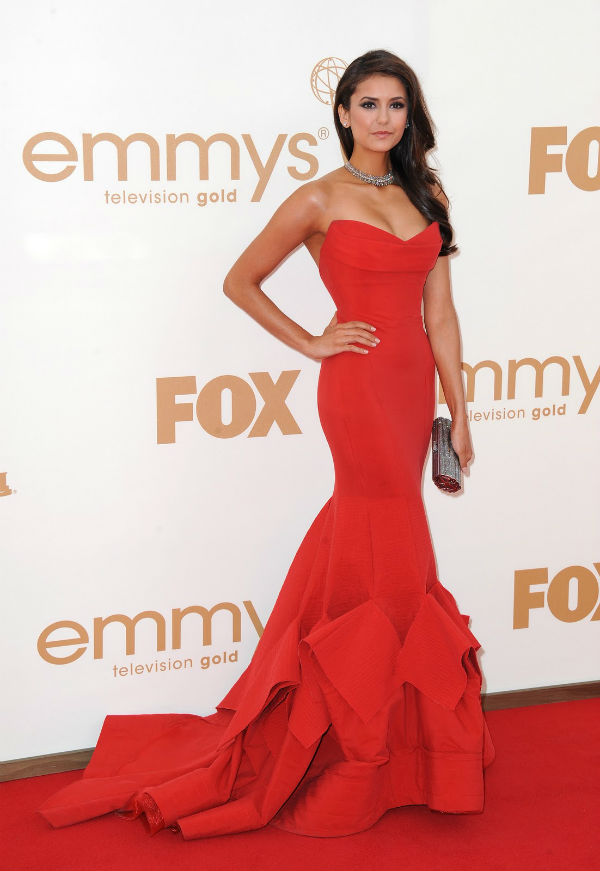