Her garage is loaded with expensive and aristocrat cars to choose from, a Roll Royce and Land Rover are also included. Whatever outing she does generally needs large entourage from helpers. 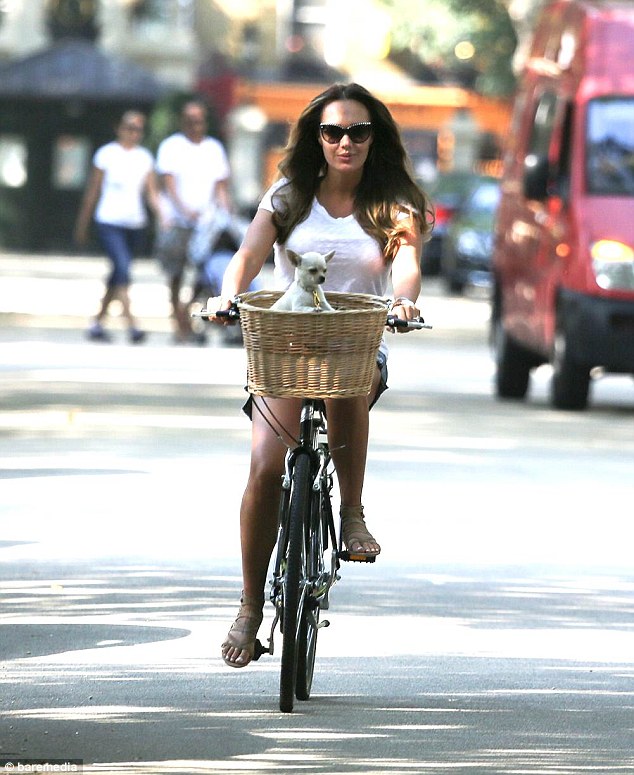 But this weekend she was spotted riding a simple and traditional push bike. She was none other than Tamara Ecclestone. She picked Duke, a Chihuahua which is her pet to give her company.

Tamara was wearing a simple outfit on that sunny day. She wore a white T-shirt and denim jeans shorts. She wore a wristwatch on her left wrist and a sunglass. She was wearing a flat grey colored gladiator shoe. Her lady bike was black in color with a brown color seat. She left her blow dried hair opened loose which made her look gorgeous. This might have left her unnoticed.


Miss, Ecclestone’s father is the chief of Formula One Mr. Bernie Ecclestone. He also appeared for shunning his daughter’s usual transport mode. She put Duke in the bike basket and paddled her bike through the West London round her home in Kensington.

She got married in June 2013 to Jay Rutland who is an eminent stock broker. Her marriage ceremony took place at the French Riviera and the grand ceremony cost 7 million Euro. This is the first time post her marriage Tamara was found at Sainsbury’s market’s branch stocking. 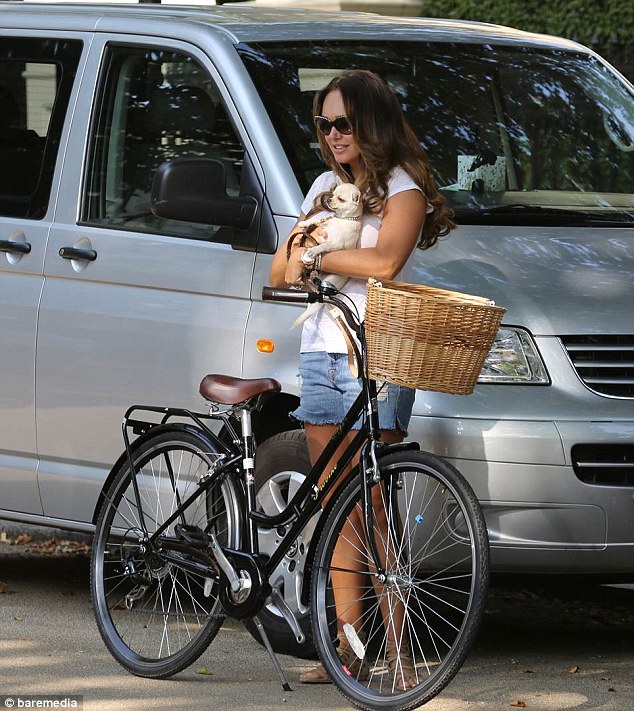 The watch she was wearing is a Rolex watch which is of 30,000 Euro. The watch was glinting in the sunlight. In one arm she put her handbag which is of 3,000 Euro. But the rich socialite who has a mansion of 45 million Euro to live in insists that not everything in her life is that easy.

It is the last week, when she shared that people have different thoughts about her. People might think that she has the power to buy success. But she said that there is a totally different thing in which she finds her success and which is unknown to lots of people. She said that she launched ‘Show Beauty’ this year which is a hair-product. According to her this is her biggest achievement for which she did lots of research as well as endless trials. She further stated that this beauty product does not have her name on it. Thus, people have No idea of her being behind this beauty product.

To mention something interesting about her she is a lover of Gregg’s Bakery’s sausages. She loves the sausages from the Gregg’s bakery only. She said she do Gregg’s and not posh bakery. She further said that she has the knowledge about most of the bakery items sold by Gregg’s.

Tamara enjoyed her bike ride with Duke who gave her a silent company which must also have liked a lot. She took a break from living a lavish life surrounded by helpers and got out with her traditional bicycle to ride down the streets of West London. She is generally not found in such a casual way and it was really a great chance for her fans to catch her live.

Summary: In this post we have shared about the latest public appearance of Tamara Ecclestone. She was spotted not in any vintage car but on a traditional bike this Sunday. She took a smart company, Duke, her pet Chihuahua to accompany her. Find latest celebrity news and gossips at www.beautynstyle.net.