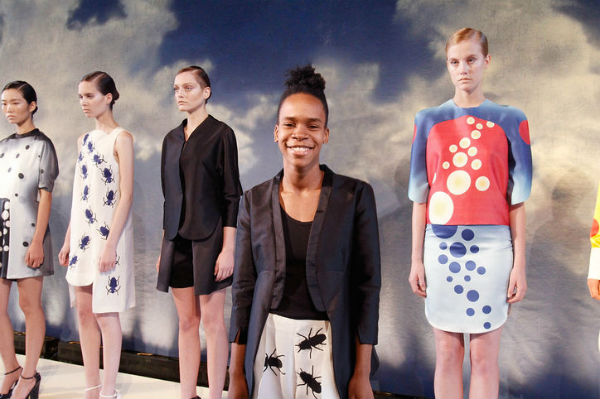 With a bigger-than-ever number of women designers making waves, the industry has finally turned a corner. Now we’re not just the customers but the creators too. Rosie Assoulin, launched in 2013: Her feminine creations were the talk of last fall’s New York Fashion Week. Of being a female designer, she points out: “I’ve been doing market research my whole life.” Azede Jean-Pierre, launched in 2012: A graduate of the Savannah College of Art and Design, Haitian American Jean-Pierre makes “visually interesting pieces that celebrate the sensual femininity of women,” she says. Calla, launched in 2009: Toronto-born Calla Haynes says she’s all about “relaxed luxury,” which is exactly why she has such a cult following. Another reason she’s beloved? Her strong use of graphic prints. Cushnie et Ochs, launched in 2008: For Michelle Ochs and Carly Cushnie, the label’s aesthetic is body-conscious and luxe. “We’re not heavy on prints, so it’s really about the fit and construction of the garment,” says Cushnie. Ohne Title, launched in 2007: The ladies behind this label—Flora Gill and Alexa Adams—design garments using techniques like crochet to create the most innovative knit- wear out there. Rachel Comey, launched in 2001: Her vintage-inspired clothes have captured the heart of cool, downtown customers like Michelle Williams. She’s been in business 13 years, but her 2014 collection drew cheers.