Fashion Month is in full swing with London’s week finishing up today. Besides Kendall Jenner sitting front row with Anna Wintour, some of more exciting parts of the week are happening on the runway. With bold colored makeup and larger than life hair, the fall 2014 shows have proven that cold weather doesn’t mean an absence of color anymore — and we’re pretty jazzed about that.

From Temperley London to John Rocha, there was no lack of excitement from the hair and makeup departments in London. Above, we’ve rounded up 10 of the craziest, must-see looks from London Fashion Week. Tell us which is your favorite in the comments below!

From pink hair to blue graphic eye makeup, you need to see these looks from London Fashion Week.

Chloe Nørgaard and her famous pastel colored hair walked the runway at Ashish sporting larger than life curls and a face full of pink makeup that nearly matched her hair (and dress). 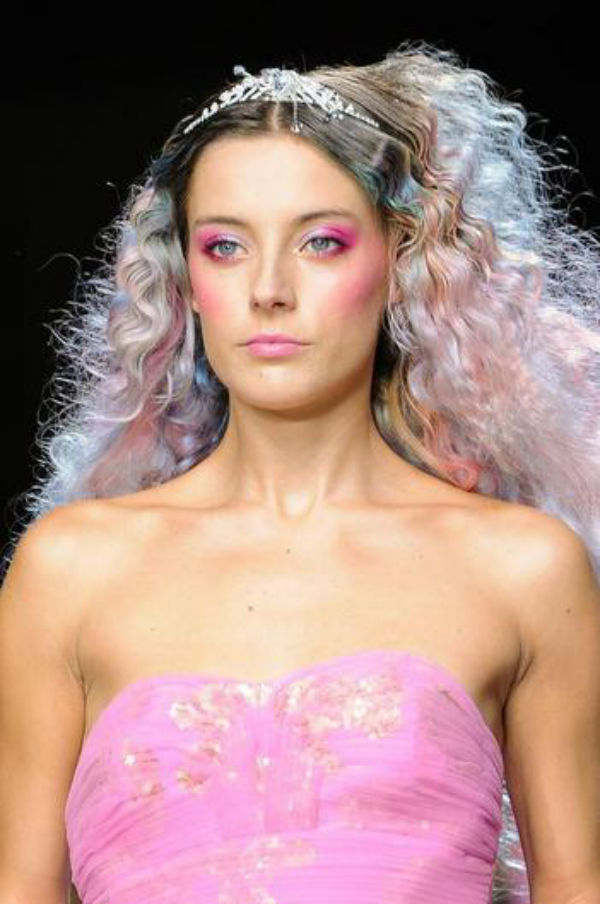 London Fashion Week is following in the makeup footsteps of New York Fashion Week, with the graphic eyeliner trend seen at Jean Pierre Bragranza. The double, disconnected line was done underneath the eye […] 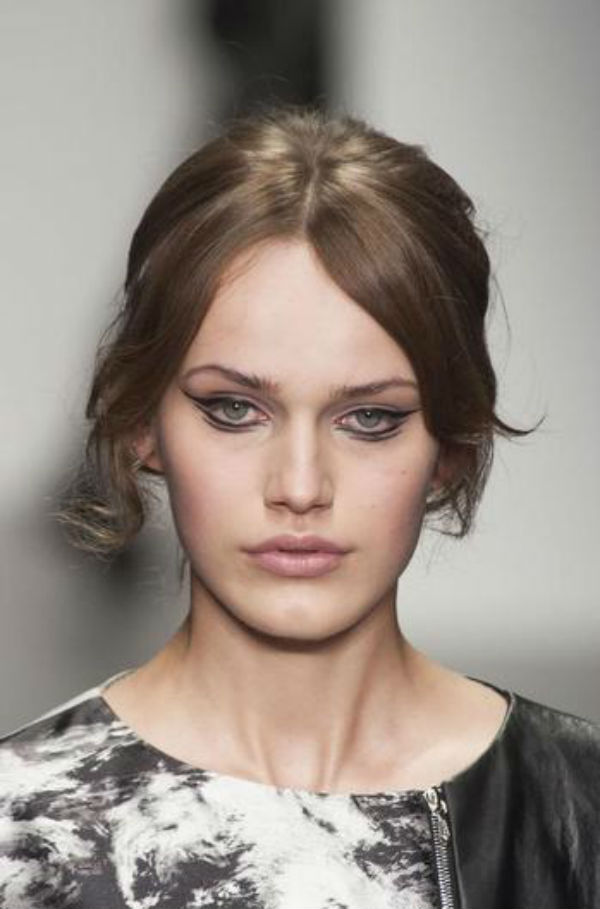 At Fyodor Golan, models were styled with cornrows and bold lipstick. This isn’t the first time we’ve seen cornrows during Fashion Month (Marchesa featured the style paired with floating eyeliner), and […] 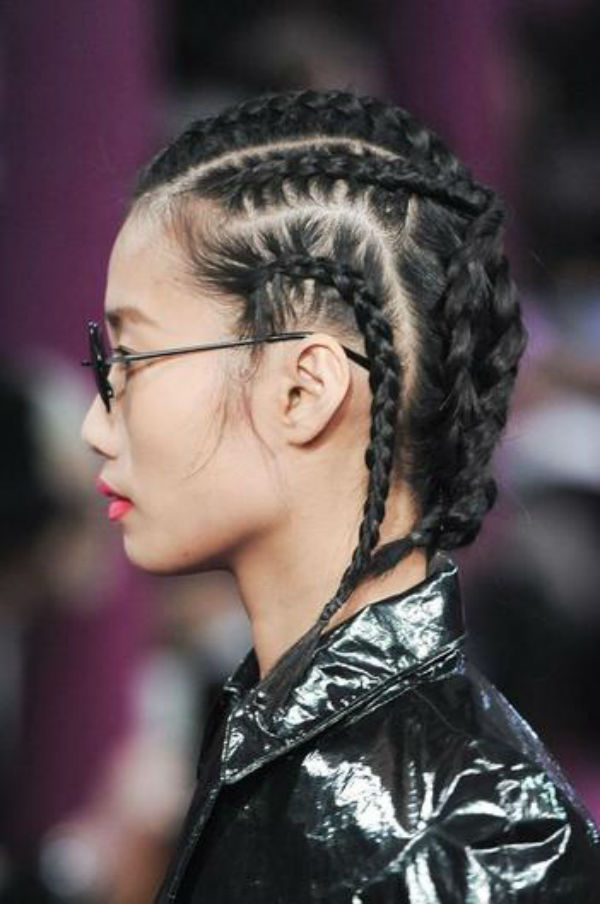 At Antipodium, the hairstyle was giant twists across the head styled into an updo, paired with metallic gold eyeshadow and a nude lip. 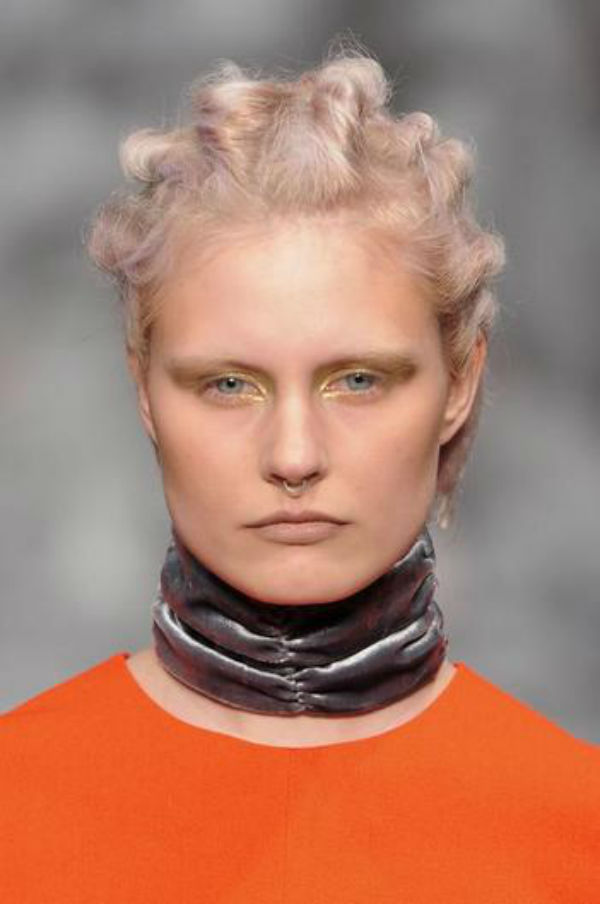 Emphasis at John Rocha was on the eyes with almost the entire inner socket covered in metallic blue eyeshadow. The hair was kept simple, straight and parted in the center to keep the real spotlight on […] 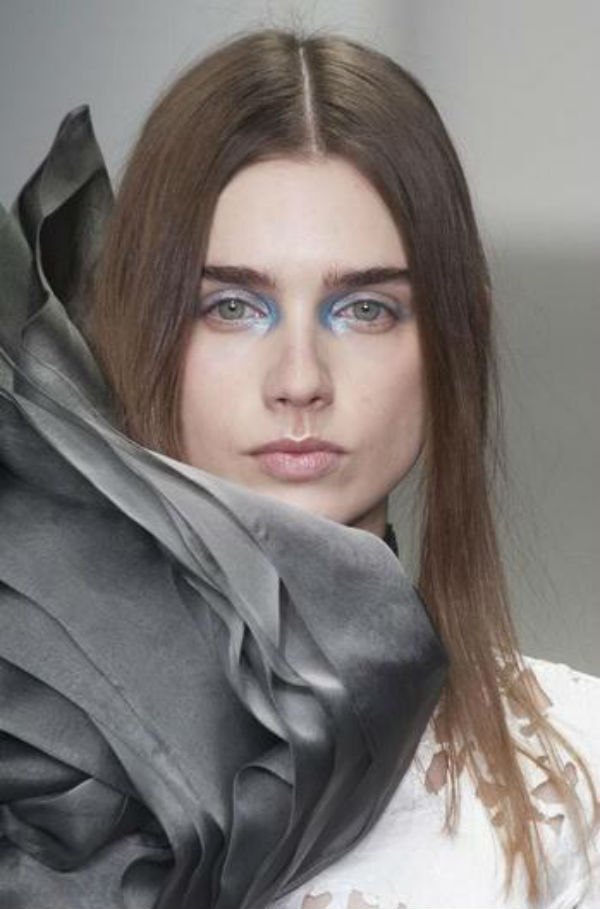 At Lucas Nascimento, hair was side-swept with a deep part and eye makeup was the center of attention. Bright orange shadow was applied to the lid and dark brown liner was used on the outer crease and […] 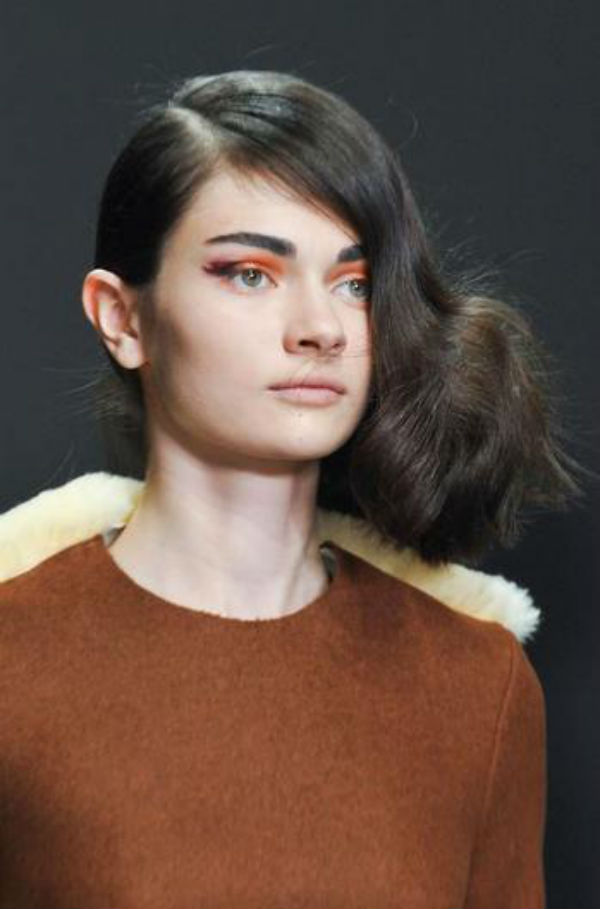 At Todd Lynn, blue metallic eyeshadow was applied to the eyelid above the crease and up through the eyebrows for one of the most bizarre looks we’ve seen. 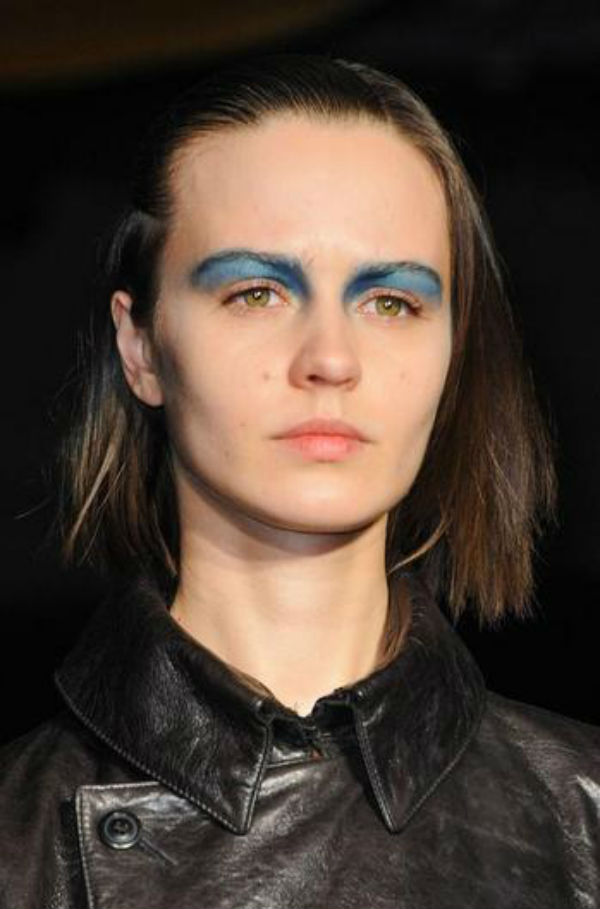 The look at Nazhir Mazhar has us nostalgic for the ’90s. Between the light blue and black extreme graphic eye and the brown glossy lips, we can’t tell which we love more. 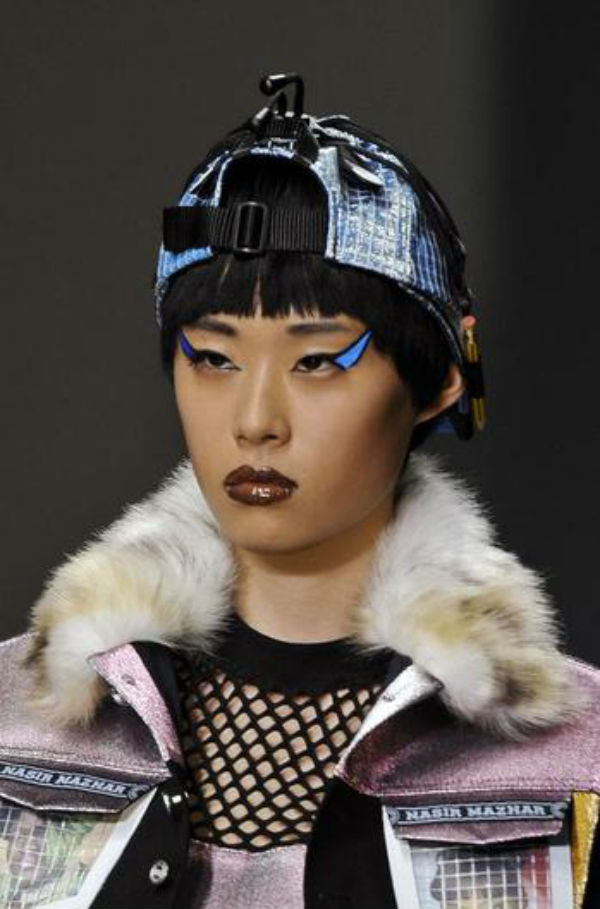 With slicked back hair and red eyeshadow up into the brow, the look at Macdonald was like the primary color counterpart to the makeup at Todd Lynn. 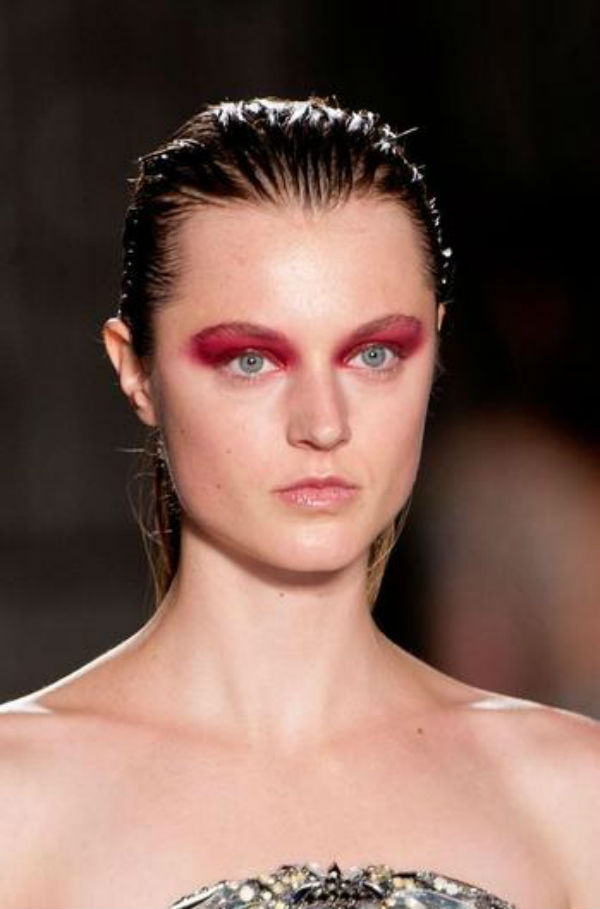 With a blue variation on a bold cat eye and a simple side braid, the look at Temperley London is one we could actually see ourselves wearing. 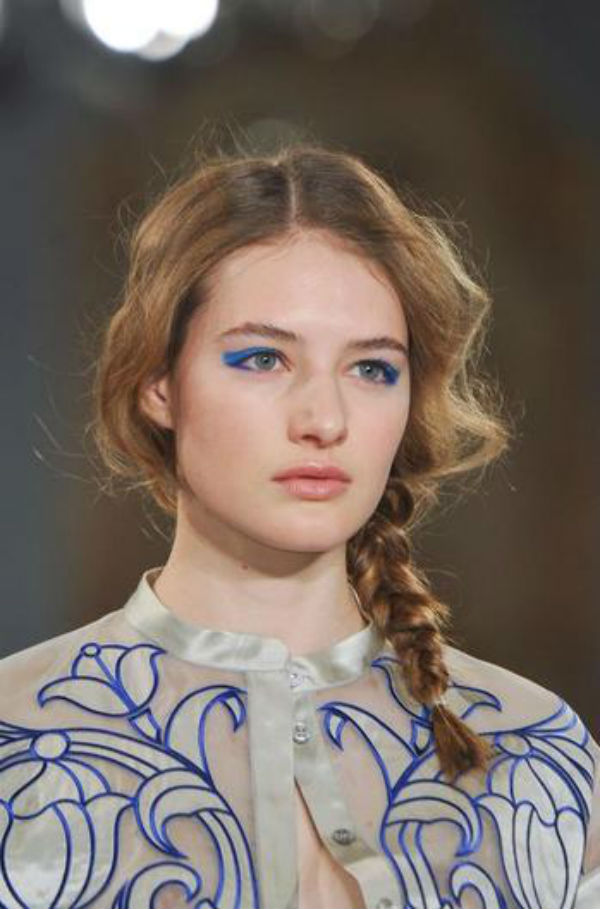