We’ve got two and a half more months (ugh!) until Orange Is the New Black returns to Netflix for season two. To hold you over, I got the cast to spill rather revealing behind-the-scenes secrets at the Paley Center for Media’s PaleyFest! 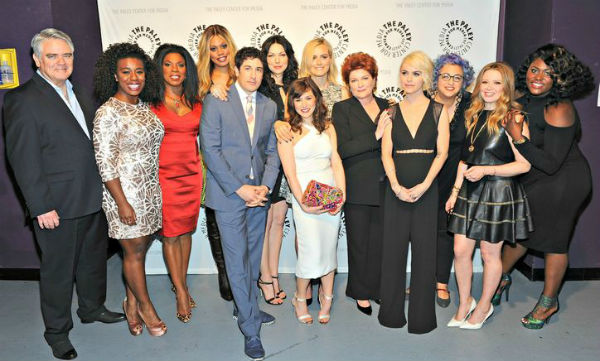 The red carpet was followed by a 90-minute panel at Hollywood’s Dolby Theatre (home of the Oscars!) that featured most of the cast and a near sold-out audience. Speaking of which, they nearly lost their minds when Jason Biggs joked that people on the street still call him “pie-f**ker.” He later added of the American Pie cast, “Those actors were great…for the most part,” which got big laughs.

Kate Mulgrew (“Red”) said that “a lot of us don’t know what our crime is [that put us behind bars]. But it works for me as an actress. I don’t need to know what it is.” Well, that is until she looked at Kohan and asked if it had something to do with “my deep freeze…you know, those bags I have in my freezer?” Kohan would only say “not specifically.” Hmm…

Of course, the biggest question on everyone’s mind was what will happen to Piper (Taylor Schilling) after she almost killed Pennsatucky (Taryn Manning) in the season finale. We know Pennsatucky isn’t dead because Manning was promoted to series regular next season, but other than that, Schilling wasn’t saying. All that she would admit was that “Piper’s arc is one of the most interesting journeys I’ve taken as an actor. I don’t know if she thinks she doesn’t belong, or if she feels she belongs more than anywhere else in her life.”

Kohan was asked about her decision to rely on the use of flashbacks so heavily during season one and said that has to do solely with not wanting “to spend my whole life [shooting] behind bars.” She went on to explain that “I didn’t want to spend all of my time writing about prison. For the mental health of all of us, it helps.”

Of course, for Jason Biggs, not being a part of those prison scenes often leaves him feeling left out. “Some of these ladies I’ve only met a handful of times, but when I come in, it’s like entering a party. These girls have the best time, even if it’s the most intense scene. They get along so incredibly well that, honestly, it makes me pissed off [I’m not a part of it]!” 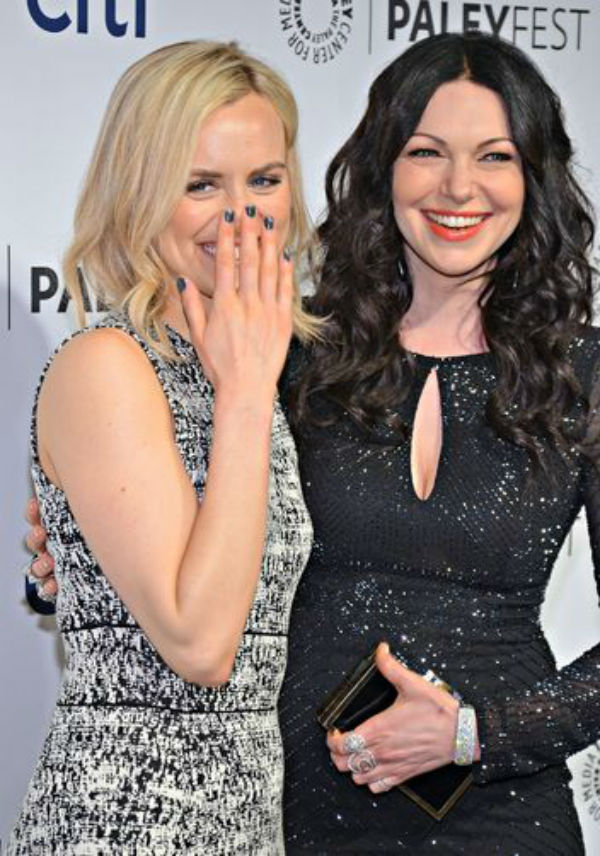 Earlier on the red carpet, I wanted to know what Biggs wants to see happen for Piper and Larry years down the line. Should they still be together or have moved on to other people? “That’s a great question. Personally, I really believe that Piper and Larry are supposed to be together. It’s a slightly biased opinion there, but I really feel like part of the reason why they work so well together and love each other so much is that they each have something that the other doesn’t that they crave so much. I feel like they really are whole when they are together, and there’s a real genuine love there.”

Other fun tidbits…
*Biggs said that Taylor Schilling is the best scene partner he’s ever had.
*The show shoots at the same studio in Astoria that Sesame Street tapes at, and Danielle Brooks (“Taystee”) has been trying to sneak onto their set for months. “It’s good energy down there! I haven’t seen any puppets yet—just their images on the walls.” Nurse Jackie shoots there too, and the OITNB set is at the same studio that The Cosby Show was at as well. 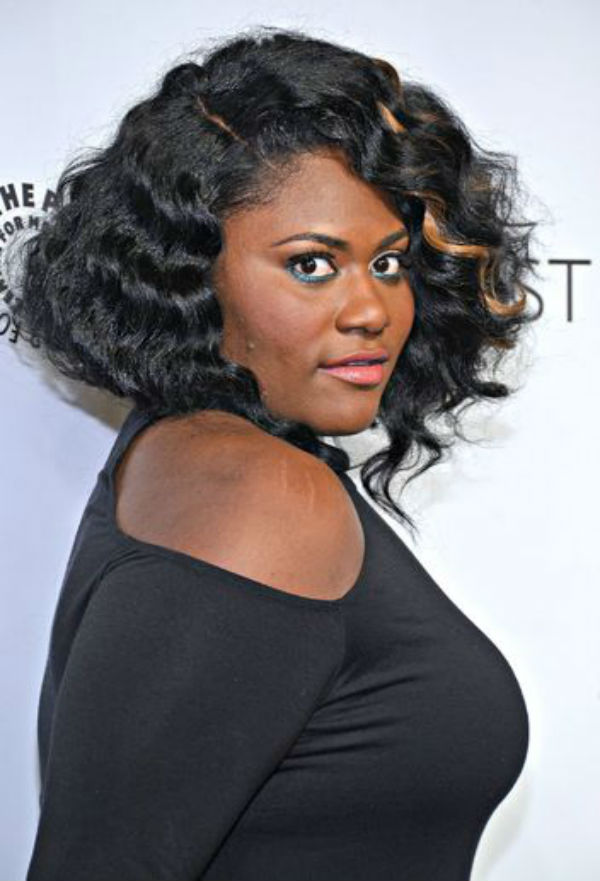 *Yael Stone told me she had a nightmare that her “yoga teacher was a prison guard and made me scrub toilets. Those two worlds came together, and it was very confusing!”
*Uzo Aduba (“Crazy Eyes”) said that the best part of wearing the prison outfit is that “I don’t have to worry about what’s going on underneath! I can eat a pizza the night before, and it’s not a problem!” That’s my kind of girl! Aduba’s costar Danielle Brooks echoed that sentiment: “I don’t have to wear Spanx!”
*Jason Biggs got the biggest kick out of the fact that my cousin Todd Susman plays his dad on the show (Howard Bloom). “Shut up!” he exclaimed, before giving me a high-five. “That’s just so wild! He’s such a good actor and such a good guy.” Thanks Jason—we all think so too. 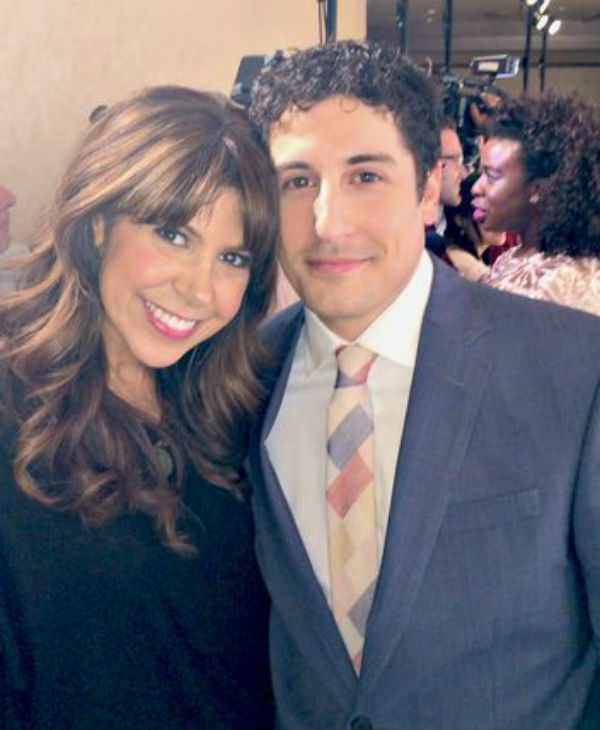 And finally, there was this question that I just had to know:

If you were accidentally hauled off to jail one night, which member of the cast would be your one phone call to bail you out?
Danielle Brooks: “Uzo Aduba. Because she has my back, and I know she would pick up the phone! She’s a really loyal friend.”
Yael Stone: “Connie Shulman, who plays Yoga Jones. Straight-up spiritual advice and because she’s kind of like my mom in America, so I’d probably get some help from her.”
Jason Biggs: “Natasha Lyonne (Nicky Nichols). We’ve known each other for a really long time. I’ve got her number saved, she’s an old friend, and she’s sober. If I call anyone else, who knows? They might be in jail too!”