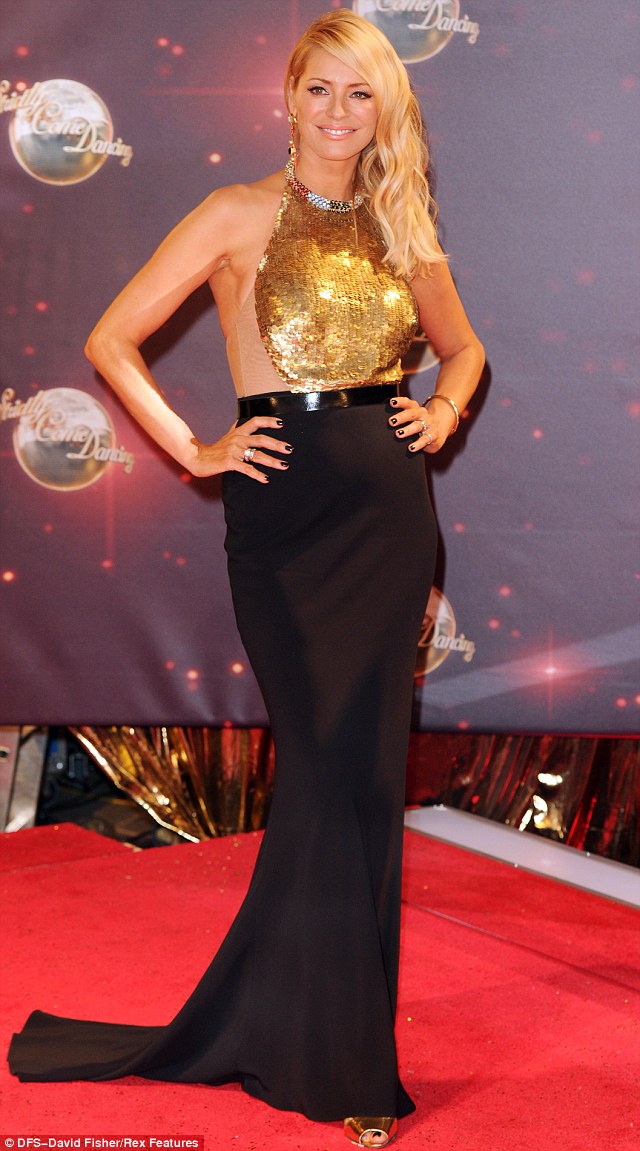 It is quite natural for dancer to wear the extravagant outfits. But when it came to Tess Daly she came in a sparkling outfit at the launch of Strictly Come Dancing. She came in a backless golden sequined with a black gown. She was confident enough to show off her back. She arrived at the launch with the co-host of the show Bruce Forsyth. They arrived at the launch nigh in vintage car and walked arms in arms. Both Tess 44 and Bruce 85 were capable to set a formal standard as they arrived in the opening of the dancing competition.

It was a skinny show from Tess’s side as she gave a clear view of back by keeping her blonde hair one sided. One thing that we must admit is that the former Northern model knows the style trends. Rather, she is a trend setter. Tess did simple makeup but gave her eyes a heavy look. She applied thick line with black eyeliner on both the eyes. This gave her attractive eyes and she had her eyebrows perfectly shaped. The lip color she applied was neutral which made her face glow. On her left hand she was wearing a gold band. She wore dangling earrings which complimented her outfit very well. This was not all. She selected her heels smartly as well. She wore peep-toe golden heels. These pair of heels was visible at times from the bottom of her black gown. 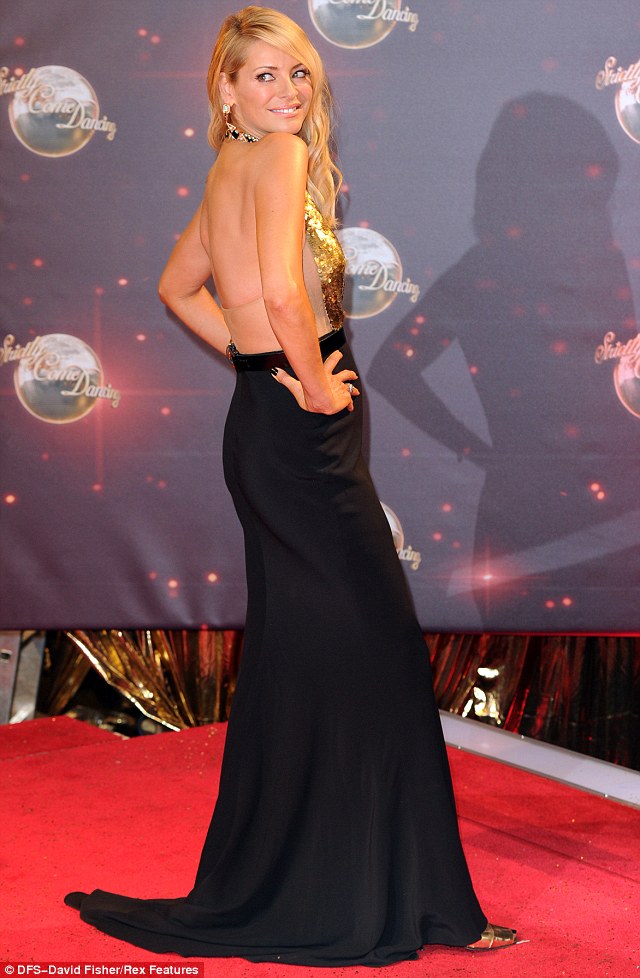 Everyone was looking stunning at the launch night on Tuesday. Sir Bruce arrived in his classic look in a tuxedo. The same was seen with Len Goodman and Bruno Tonioli. Darcey Bussell appeared at the event in a silvery dress and gave the photographers a good chance of taking snaps. She complimented her silvery dress wearing diamond jewelry and matching peep-toe sandals. Abbey Clany arrived at the event in a feathered and sequin dress. Almost everyone was spotted in a metallic outfit. Natalie Gumede was in a flapper halter whereas black fringed was the outfit for Fiona Fullerton. The cheesy couple of all time Julien McDonald and Vanessa Feltz flashed at the Red Carpet.

The show is going to rock the television. This is expected as the launch was spectacular with the introduction of the contestants along with their dancing partners. The previous year champions Flavia Cacace and Louis Smith performed at the launch. The show is going to be aired on 7th September 2013 and the live episodes would be starting after rehearsals for few weeks.

The viewers of the show are going to get An advantage of online voting through the website of Strictly. The traditional ways of voting are still going to be there. The viewers can also vote by sending texts and by calling as they did in last shows.

Summary: In this post we have shared the latest news about the upcoming TV special Strictly Come Dancing. The outfit of Tess Daly is mostly appreciated but others had also given a tough competition. Keep reading www.beautynstyle.net for more celebrity news.