Ashley Greene was spotted on Monday when she was filming a scene in Los Angeles for her upcoming horror-comedy, Burrying the Ex. She is quite familiar because of her Twilight series, now the viewers hope something as fabulous as her previous movies. She is portraying Evelyn and Max, her boyfriend’s role is played by Anton Yelchin. 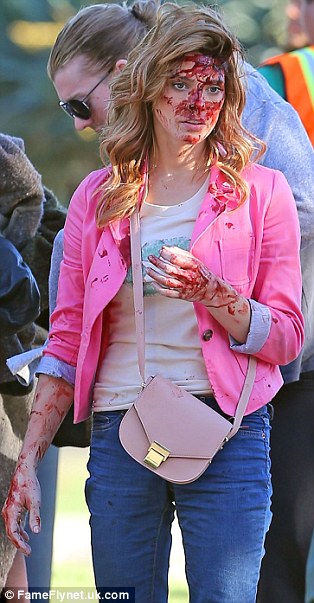 In the filmed scene, Ashley was looking totally smeared with blood in a freaking road accident. She then, turns into a zombie to irritate her boyfriend. 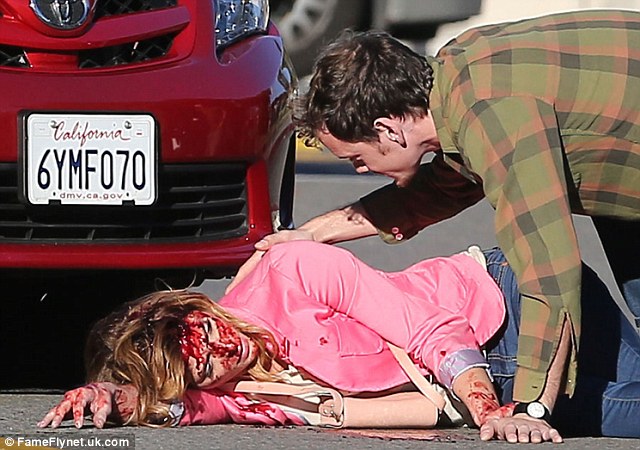 Ashley was looking cute and young in a T-shirt,  pink short jacket and blue skinny jeans as she appears as a pedestrian who is going to get hit by a car. Her face and hands were full of blood then as she was lying down on the road and her boyfriend was comforting her. Severe head injury was shown prominently at Ashley’s forehead. 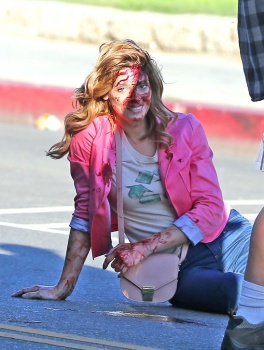 Ashley (Evelyn) smiled many times during takes and was looking charming enough to impress all who were present there on set. Though her accident and blood tripping getup was quite horrifying, still it cannot hide her natural beauty. 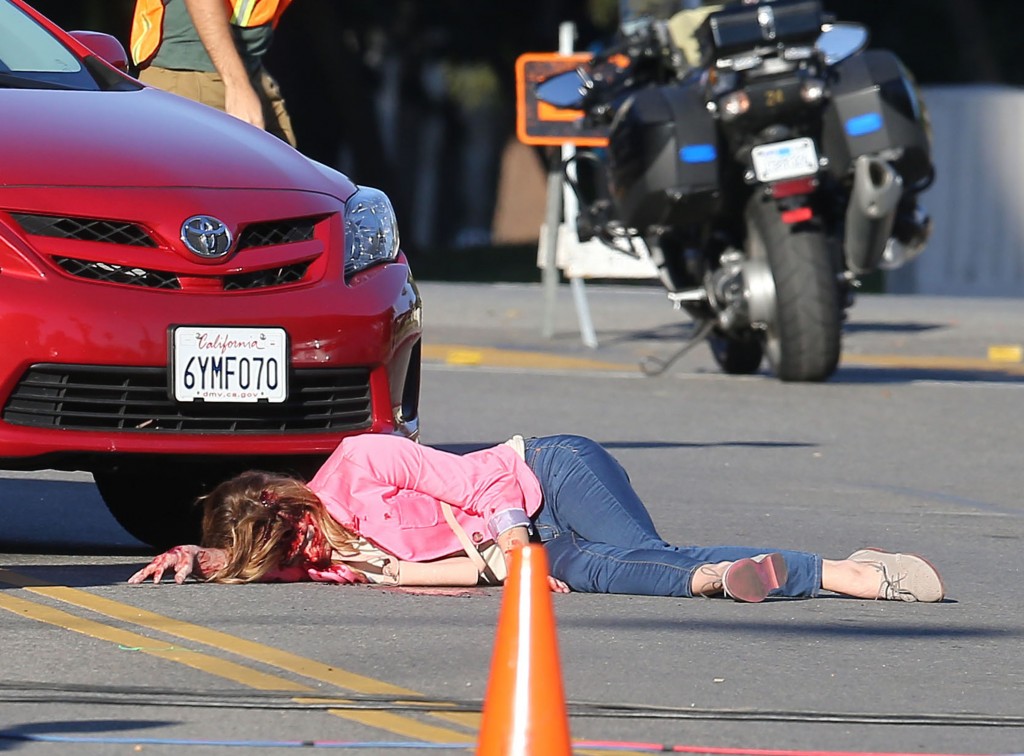 Ashley distinctively played the role of a vampire, Alice Cullen in the Twilight movie.

Burying The Ex is being directed by Joe Dante and is scheduled for release next year.