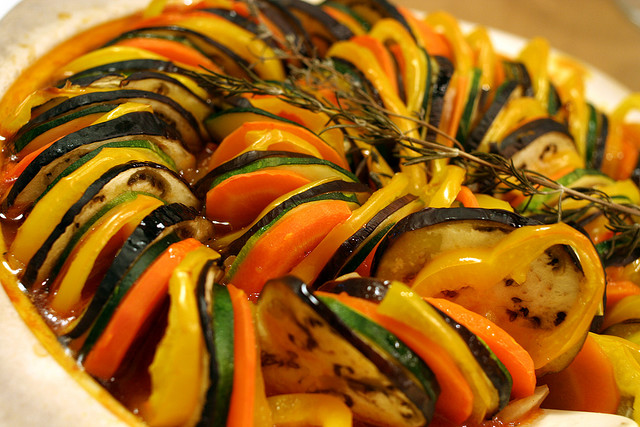 France is a world renowned country for its high quality meats called charcuterie, a general term for cooked French meats like hams, pates, sausages, saucisson, cured meats, and smoked meats. Due to the wide variety of French charcuterie, countless dishes and delicacies were formed having French meats as their main ingredient. Such dishes and delicacies are discussed below. The French pork pie is a diversion from the common sweet pies that people usually enjoy. This kind of pie is made from the usual pie crusts which will then be filled with ground pork, spices, and some vegetables. The combination of the sweet pie crusts, the salty ground pork, and the magic flavors of the spices and vegetables give other kinds of pie a run for their money.

The main ingredient for this delicacy is the special beef from France. This dish was originally a classic dish from Burgundy, a region in France. It is usually served along with the Burgundy wine. The special kinds of herbs added to this beef dish intensify the flavors.

Liver Pate is a great tasting sauce made from chicken’s liver. The sauce can be used for different purposes such as for viande, bread filling, or dips for rye crisp, chips, and crackers.  In most occasions, liver pate is used as an appetizer. A French food shop may offer other varieties of animal liver to make this special French delicacy.

With pork tenderloin as its main ingredient, the porcini pork tenderloin will surely satisfy one’s cravings for meat. The finished product’s taste can beat other kinds of meat dishes for its heavenly taste due to the special kinds of spices mixed to it like dried herbes de Provence.

Like the porcini pork tenderloin, pork Normandy also has pork tenderloin as its main ingredient. The dish is cooked along with butter, flour, heavy cream, salt, pepper, apple cider, onion, and chicken stocks. People from different countries such as England cook this one of a kind French dish in order to have a feel of the French gourmet.

The beef and vegetable ragout is a great solution to those people who want to balance calories and nutrients while eating their most loved gourmet. This dish is a lean version of the traditional French stew. The main ingredients include beef tenderloin, mushrooms, garlic, onion, sugar snap peas, and fresh cherry tomatoes.

The French meat delicacies discussed above are considered to be one of the best. Fortunately, French food stores out there have enough ingredients for those people who want to feel the extremely delicious tastes of these French gourmets.