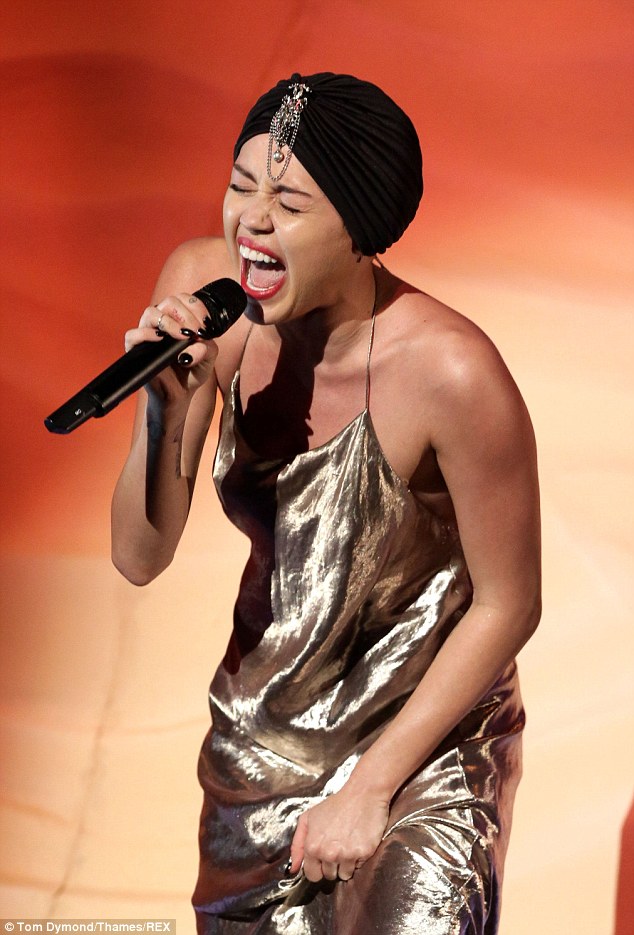 Live vocal performances not always win listeners’ hearts because you can’t say how the sound will reach to their ears. It is too hard to keep the sound quality and pitch leveled at every line. Miley Cyrus has undergone such an experience recently when she disappointed her viewers by giving a horrible live vocal performance. The young rebellious natured star refused to pre-record one of her hits and performed it at X-factor’s show on Sunday. Her fans left lots of tweets about her performance and none of them seemed to be in her favor.

Phillip Schofield said: ‘Miley Cyrus opens the new #xfactor dry ski slope’, Many of her fans thought that she was giving a real ‘BORING LOOK’ as she was whole covered, even the head. The only thing which looked bare was her feet. She was wearing a gold shimmery long gown and black head-cover. Some thers compared her dress to bacofoil and added that she resembled the Disney character Aladdin, a Ferrero Rocher or fortune teller.


Her outfit was actually unique as she doesn’t ever used to wear such dress. It was a dress by Marc Jacobs, a black turban which tightly covered her head, from London’s Brick Lane Market and Channel’s Jewelry. This outfit was not more than a ‘HOT TALK’ for the evening as the young performer never wears anything else than PVC underwear or over revealing dresses. 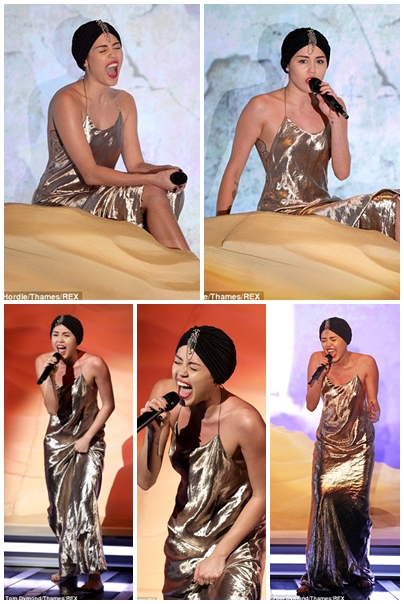 She told the host, Dermot O’Leary, ‘I will be here next year in the spring on my Bangerz tour … I will be here for a very long time so I’m looking forward to seeing you here next year.’ Looked like it wasn’t only the dress which badly disappointed the judging panel, but also her vocals which were horrible this time.