She can be truly called the shock-pop princess as she has been doing unusual, rather shocking things to make her fans surprised. Miley Cyrus’s costumes and performances have been terribly shocking usually and so she did this time at EMA award show. The shocking performer pulled out a joint from her hand bag and lit it up on stage. It was a suspicious looking cigarette which made some of her fans astonished while others; impressed. That is the success which she might want to get. 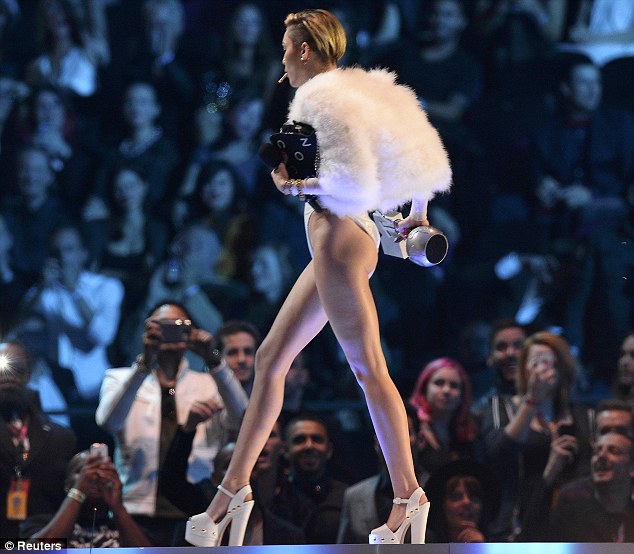 It was the click which MTV removed before putting the show on-air but later it was uploaded to YouTube to show the controversial act by Miley Cyrus. She got the Best Video prize for her track Wrecking Ball. While trying to toss the award in her bag, she showed a grin to the audience saying that, “I can’t fit it in my bag, but I did find this”.

MTV owners found her act so controversial that they have to trim it from the scene which they were going to show on-air. Miley Cyrus was only shown for a brief time just receiving the award and thanking her fans. Afetrwards, the 35 seconds video of the girl lightening up the cigarette on YouTube gave a chance to her fans to make a hot discussion for hours about her controversial act.


As the cigarette was looking a bit unusual, it sure was a Marijuana cigar which is not permitted in Netherland, but if someone is a smoker, he can take a small amount of it and it is available in coffee shops.

So many tweets appeared from her fans about her act, one of them wrote, “WTF is wrong with Miley Cyrus?! Why would you smoke a joint at the EMA awards? Another tweeted, “Haha Miley Cyrus is now smoking weed on live TV. What next? It looks like she has consciously popped a controversial situation to her audience to be the talk of town. They say that Miley Cyrus has done a bit too hard to be controversial this time. What else she can dare to carry on the spirit to be HOT topic of public chatrooms. 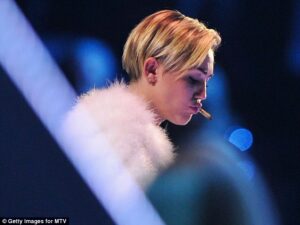