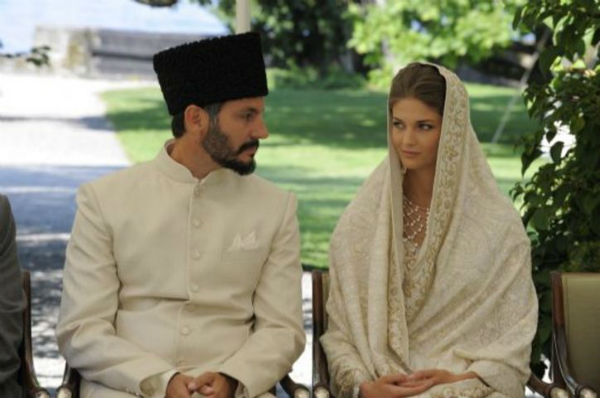 When model Kendra Spears—who’s walked runways for designers such as Louis Vuitton, Diane von Furstenberg, Lanvin, and Calvin Klein—married Prince Rahim Aga Khan, the eldest son of the Aga Khan, back in September, we weren’t sure that her newly-acquired princess status would alter the course of her successful modeling career.

Well, now we know it hasn’t.

This weekend, Princess Salwa Aga Khan, as she is now known, was spotted working on a photoshoot in Miami Beach. Check out some of the photos, right here.

Here is Princess Salwa Aga Khan modeling a floral tank and a pair of denim cut-offs:

Here she is with a giant pink-and-orange umbrella: And here she is on a bicycle on the beach: This isn’t the first modeling job Spears has undertaken since her marriage to the Aga Khan’s son. She appeared on the cover of Spanish Vogue‘s February issue and graced the pages of Next’s winter fashion campaign.